THE LOGUE CEILIDH BAND - Their repertoire includes all the well known Scottish dance tunes as well as traditional Irish jigs,reels,hornpipes as well as sing-along Scottish and Irish tunes.
Contact Us

THE LOGUE CEILIDH BAND takes it’s name from the multi talented John Logue who sings, plays the accordion, keyboards, guitar and bagpipes performing a variety of music from Country, Irish Traditional & Ceili, Old-time dancing, Scottish Ceili, and French music. When it comes down to Jig’s, Reels, and Hornpipes there is no better man. John has travelled the length and breadth of Ireland and Scotland mastering his trade with some of the finest musicians around. His experience is unrivalled and his performances include live televised Ceilidh’s on RTE and BBC as well as BBC radio Ulster and BBC Scotland.

Along with drummer, Jim Cuthbertson who has toured his native Scotland and indeed all over Ireland in Ceilidh bands, and Scottish fiddle player John Trotter who has toured with both the Jimmy Shand Band and Bobby Mcleod Band, John Logue completes this trio of eclectic talent that will make your Wedding, Birthday or indeed just a “good hoolie” everything you are looking for.

Have a listen to just some of their dances below and judge for yourself. 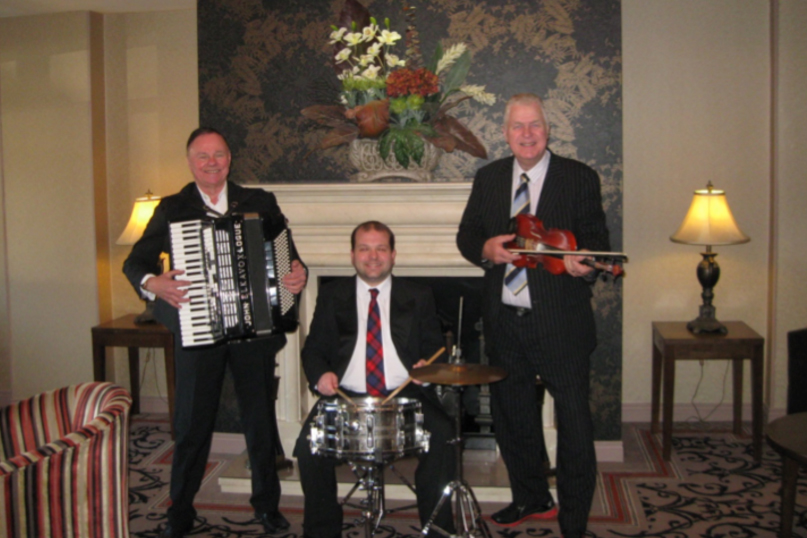 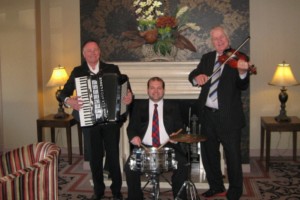 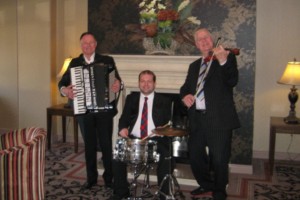 Some of the dances we would do include: