Roaming Violinist Éimear Bradley started playing the violin at the age of seven in her native Belfast. After completing her music degree, she moved to the North West of England to develop her career both as a secondary school music teacher and as a performer/writer. In February 2013 Eimear received the news that the amazing vocalist, Peter […]
Contact Us

Éimear Bradley started playing the violin at the age of seven in her native Belfast.

After completing her music degree, she moved to the North West of England to develop her career both as a secondary school music teacher and as a performer/writer.

In February 2013 Eimear received the news that the amazing vocalist, Peter Corry, wanted her to audition for his Irish dance and music show, ‘Celtic Rhythms’ which would be touring Holland for 5 weeks. She was the violinist and lead singer of ‘Red is the Rose’. She also provided backing vocals for Peter’s songs.

Eimear was thrilled to be working alongside such a huge talent. (www.petercorry.com)

Eimear was also the original lead fiddle player/violinist and musician in the critically acclaimed show ‘Essence of Ireland’. She toured the UK theatres for 3 years with the show and was mentioned frequently in the rave reviews for her energetic performances.

Éimear has performed many times alongside top tenor, Martin Toal, which has lead to performances for Honda in the Isle of Man, Budapest, London, Wales & Northern Ireland. She played at The UTV Business Awards at The Culloden Hotel in 2012 and at The Remembrance service in Belfast’s Waterfront Hall in October 2013. She most recently performed during and after the meal at The Northern Ireland Chamber Event, ‘Growing Something Brilliant’ which was hosted by BBC’s presenter Mark Simpson.

Éimear was the fiddle player and backing vocalist with top folk/country band ‘The Bogtrotters’ for 4 years and was also in Adrian Edmondson’s (The Young Ones/ Bottom) band, ‘The Bad Shepherds’ for a short period of time.

These opportunities led to performances throughout the UK, as well as Germany, St. Lucia and Holland.

As well as credited session work on films, including the soundtrack to the Bob The Builder movie, ‘Built To Be Wild’, Éimear made an appearance playing the fiddle in Demi Moore’s supernatural thriller, ‘Half Light’.

Eimear was a semi-finalist in The UK Songwriting Competition for her song, ‘Tommy’. Aside from playing the violin and singing, she enjoys playing the guitar, piano and whistle on her compositions.

Éimear provides beautiful, atmospheric, instrumental music for your special day, during any part of your wedding.

Éimear can play as guests arrive, during the Bridal procession, at the signing of the register and/or as the Bride and Groom depart.

If you have a particular song that you would like Eimear to learn this can be arranged.

Eimear’s overall sound is unique. For wedding drinks receptions and during the wedding meal, her music enhances the romantic, atmosphere & also adds some fun with her varied set list.

Eimear can walk around the tables playing violin if requested after desserts, at coffee time where she uses a wireless ‘Bridge electric blue/silver violin. This enables her to roam and provide light entertainment with her range of well known pieces of music.

At this point, there is usually a break before the band set up, so it is an ideal, fun & lively addition to your special day.

It also gets the guests in the mood for the evening band!

If you’re looking for stunning violinist hire in Northern Ireland then look no further. Contact us for more details or to discuss pricing. 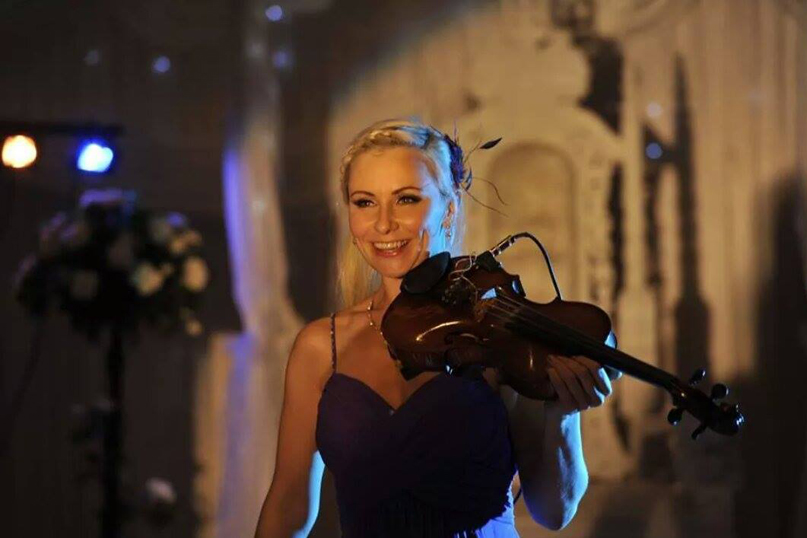 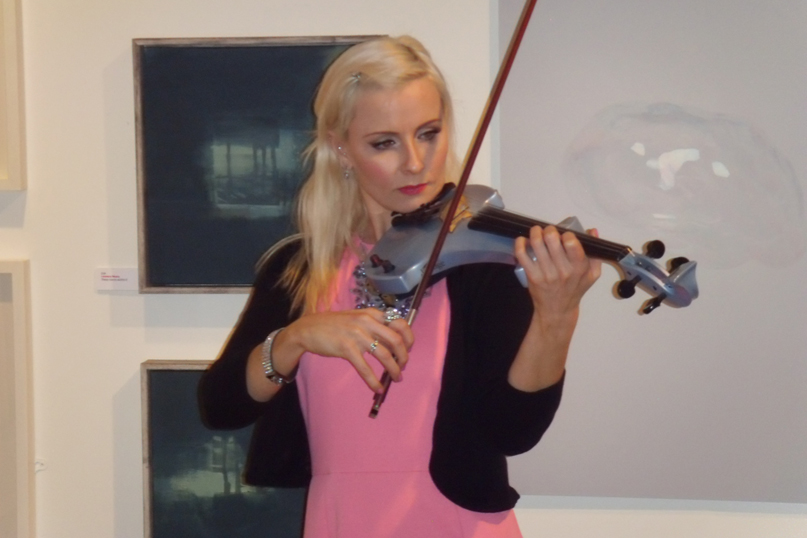 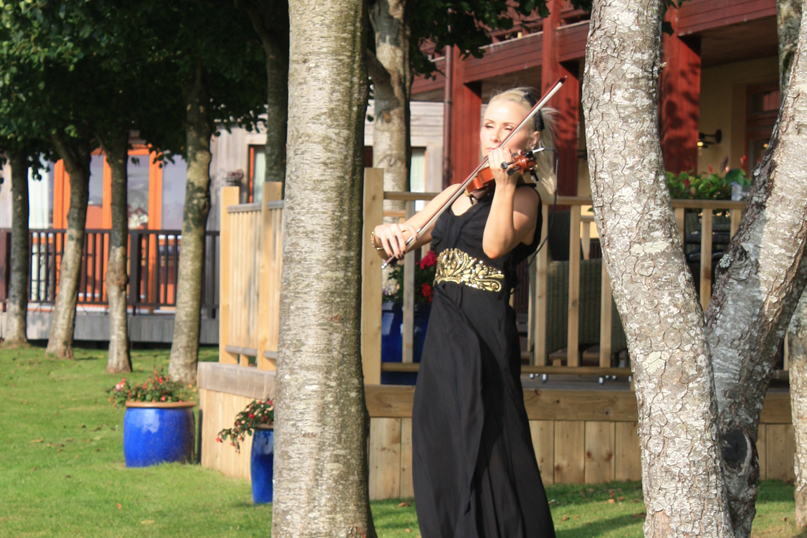 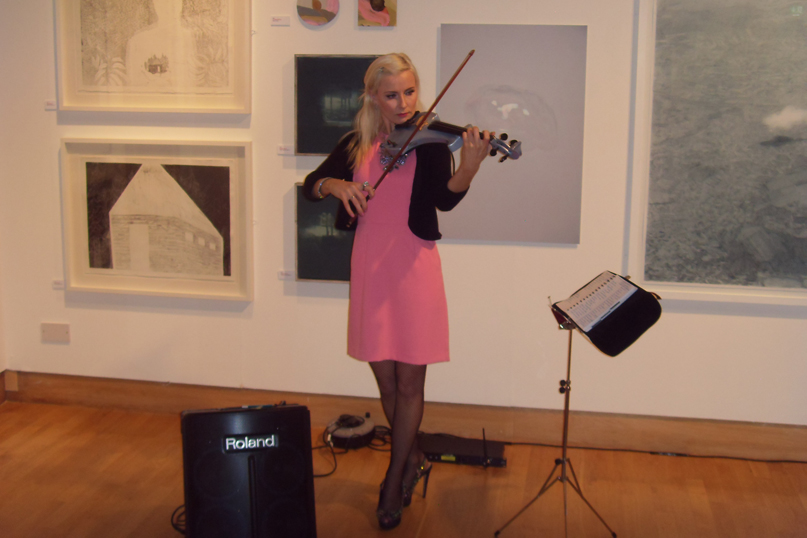 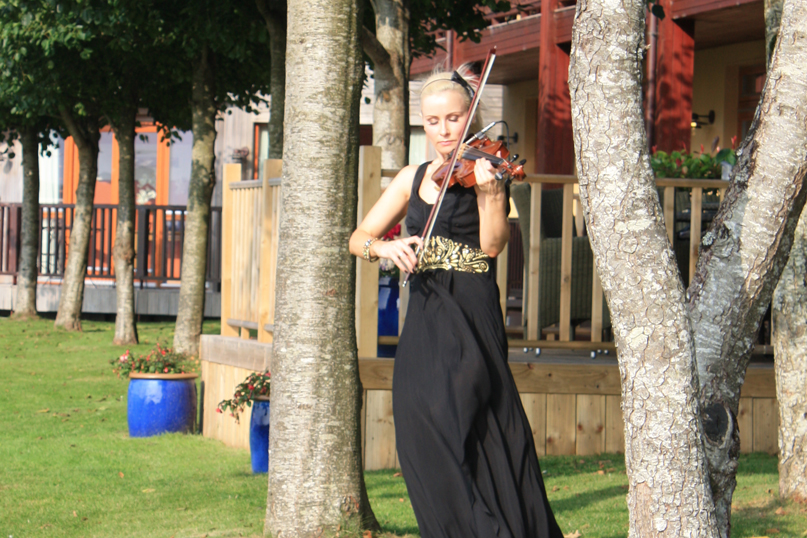 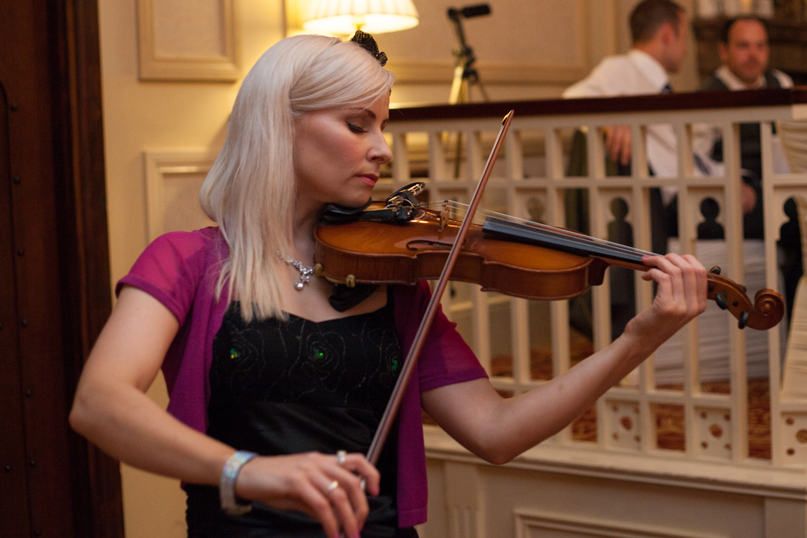 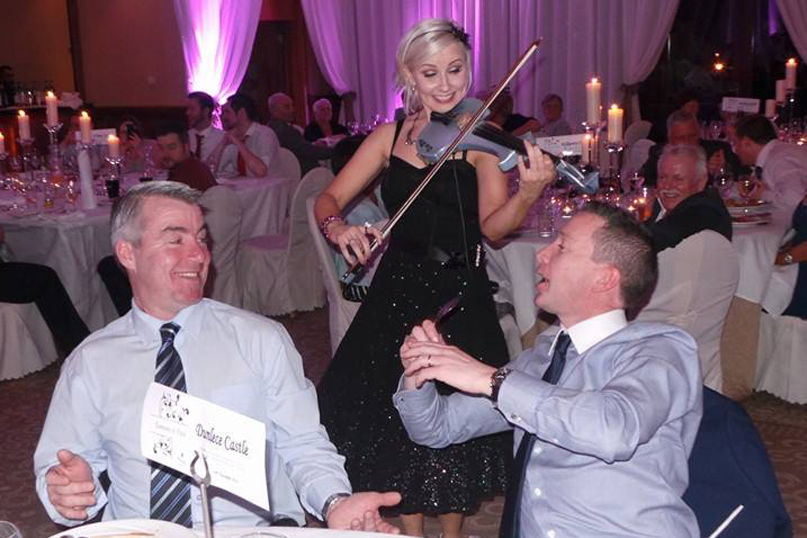 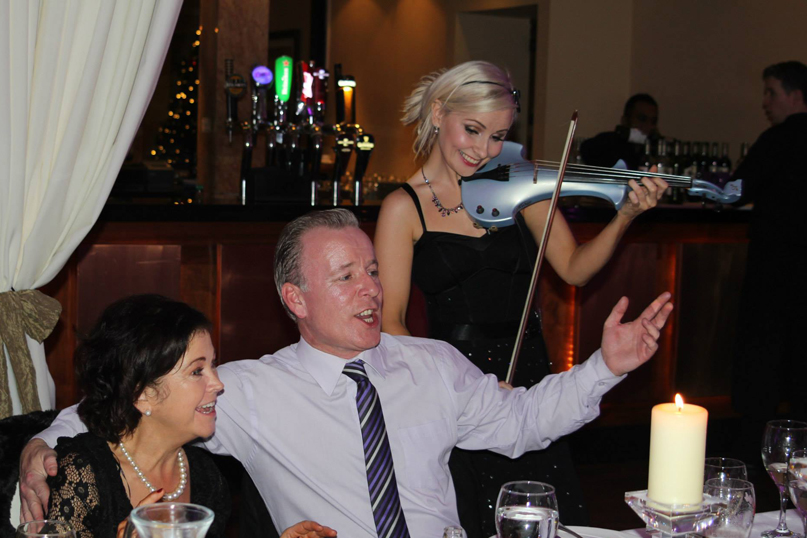 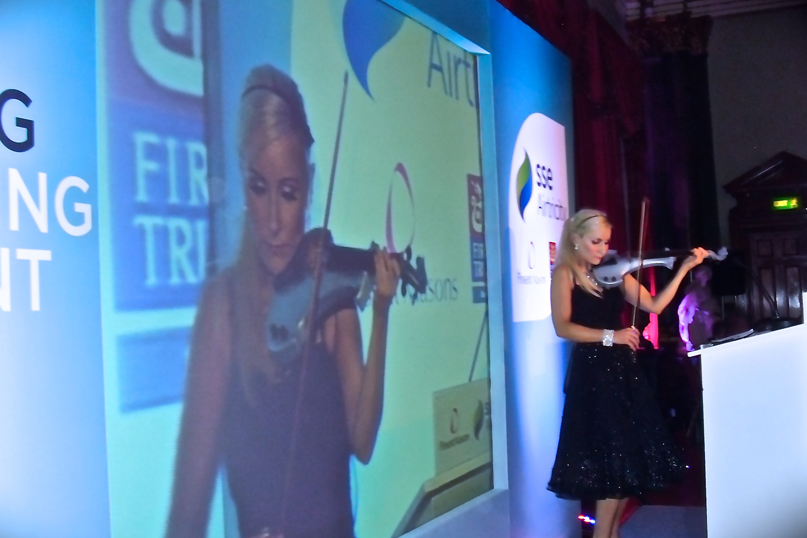 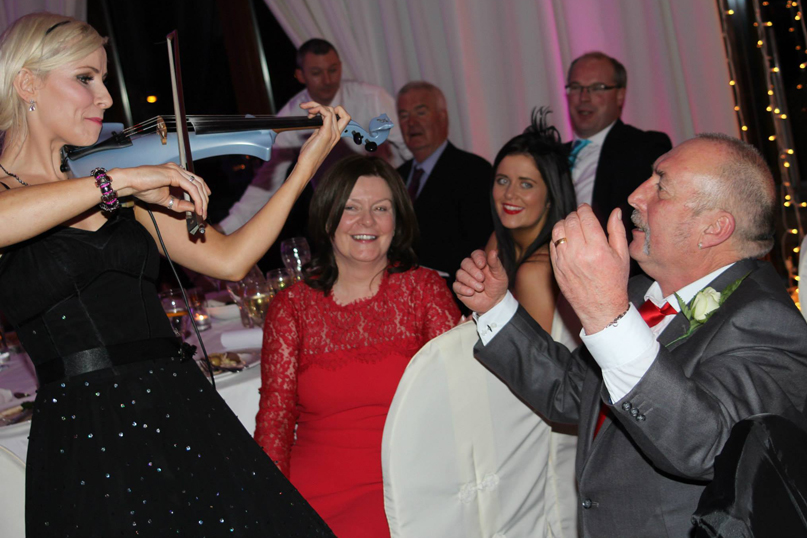